Our idea of an Irish Pub

“Finnegan’s Wake” by James Joyce is a classical Dublin story about a Dubliner who loved pubs and drinking. Our guests get the feeling they could be walking into one of his favourite pubs in Dublin.

Located just off Berlin’s busiest shopping street – Schloss Strasse – we have attempted to recreate some of the elements that make Irish Pubs uinque. Where young and old can relax with a pint while playing a game of darts, enjoying a football or a rugby match or having fun with friends, old and new. In Ireland there’s no happier place to gather after a hard day’s work than a good local pub with good drink, good food, a good atmosphere and most important, a good time.

We offer excellent food, a large selection of whisky and beers, Berlin’s best Irish Coffee and employees who do give a damn.

Our goal is for you, our friends and customers to feel at home with us and to recommend us at home. 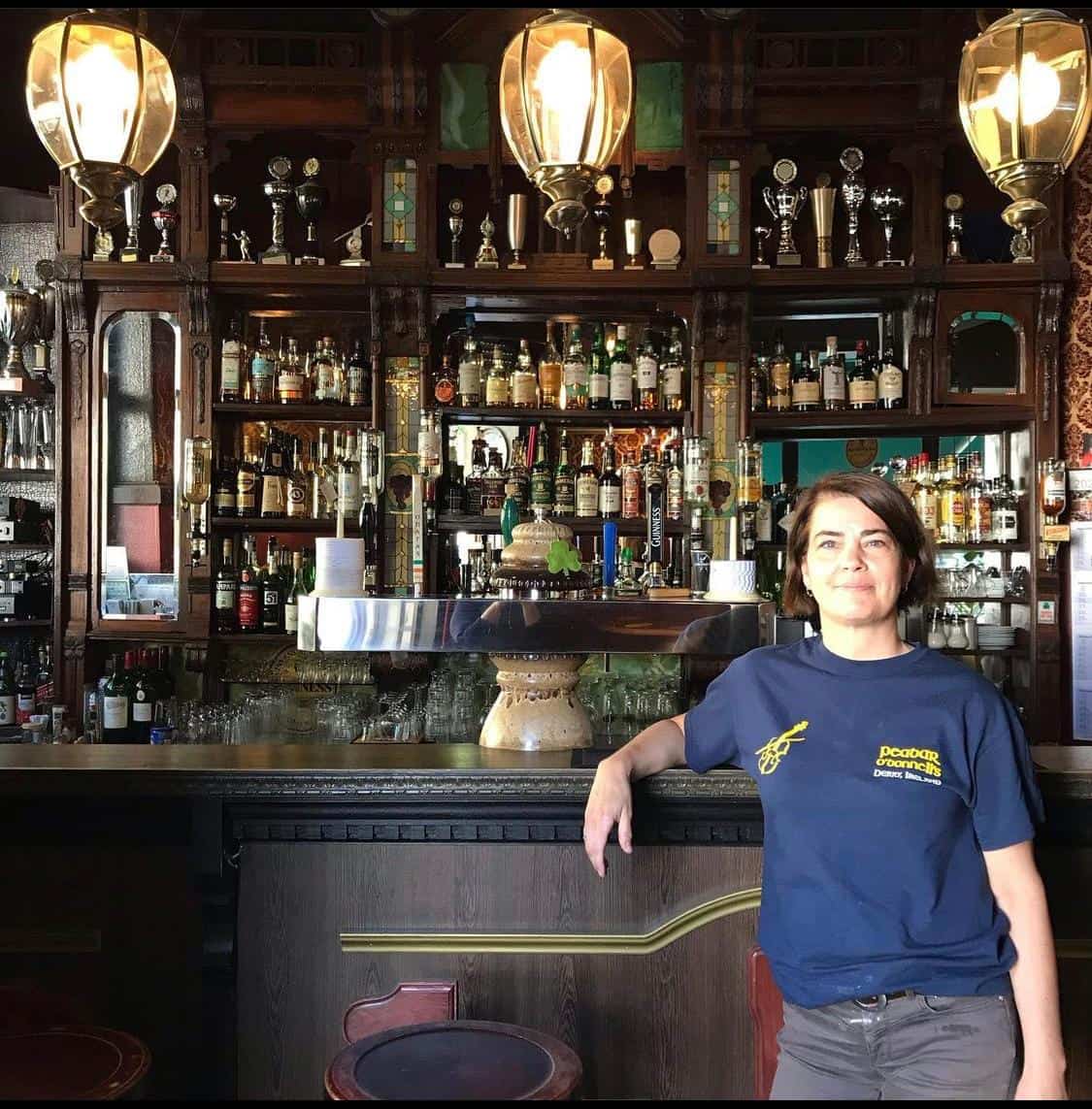 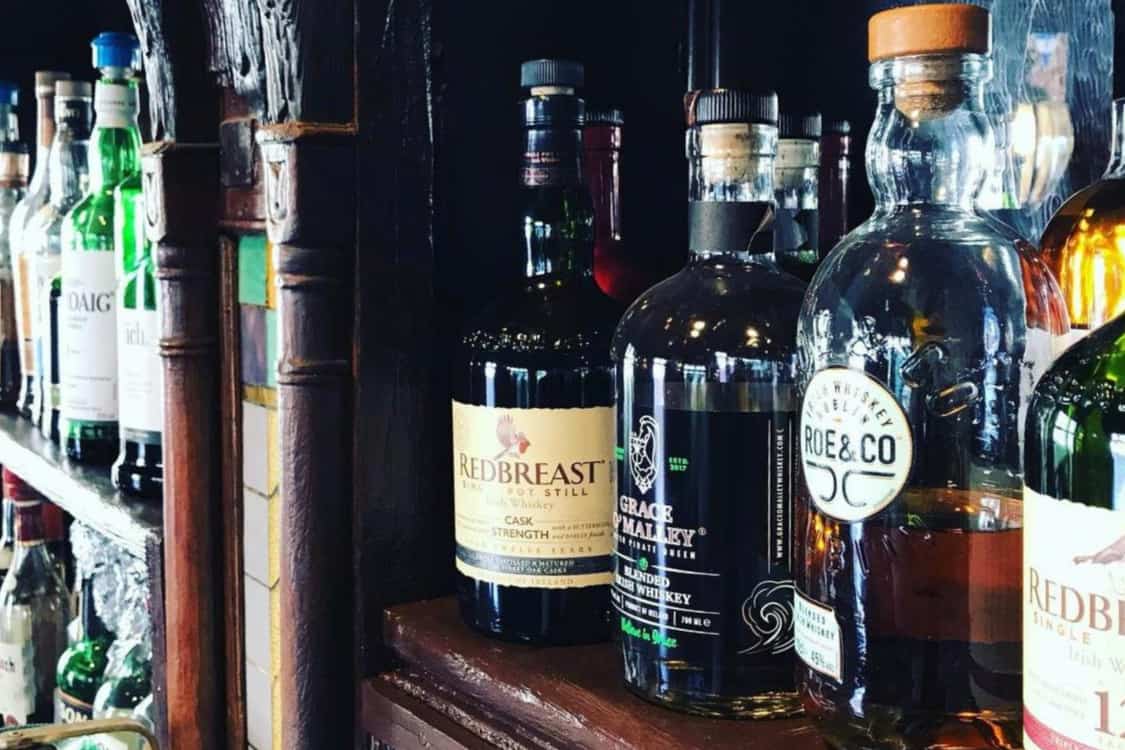 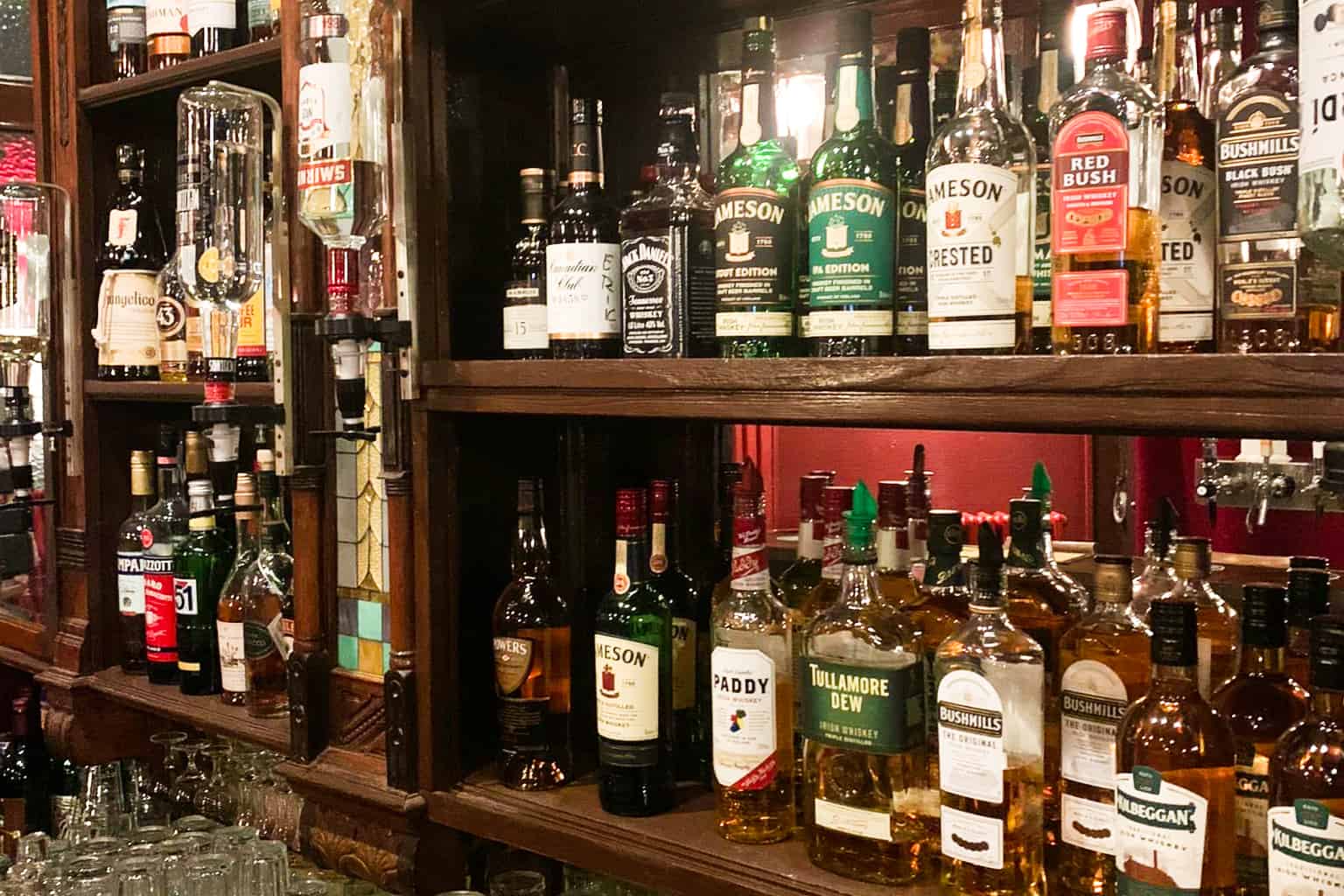 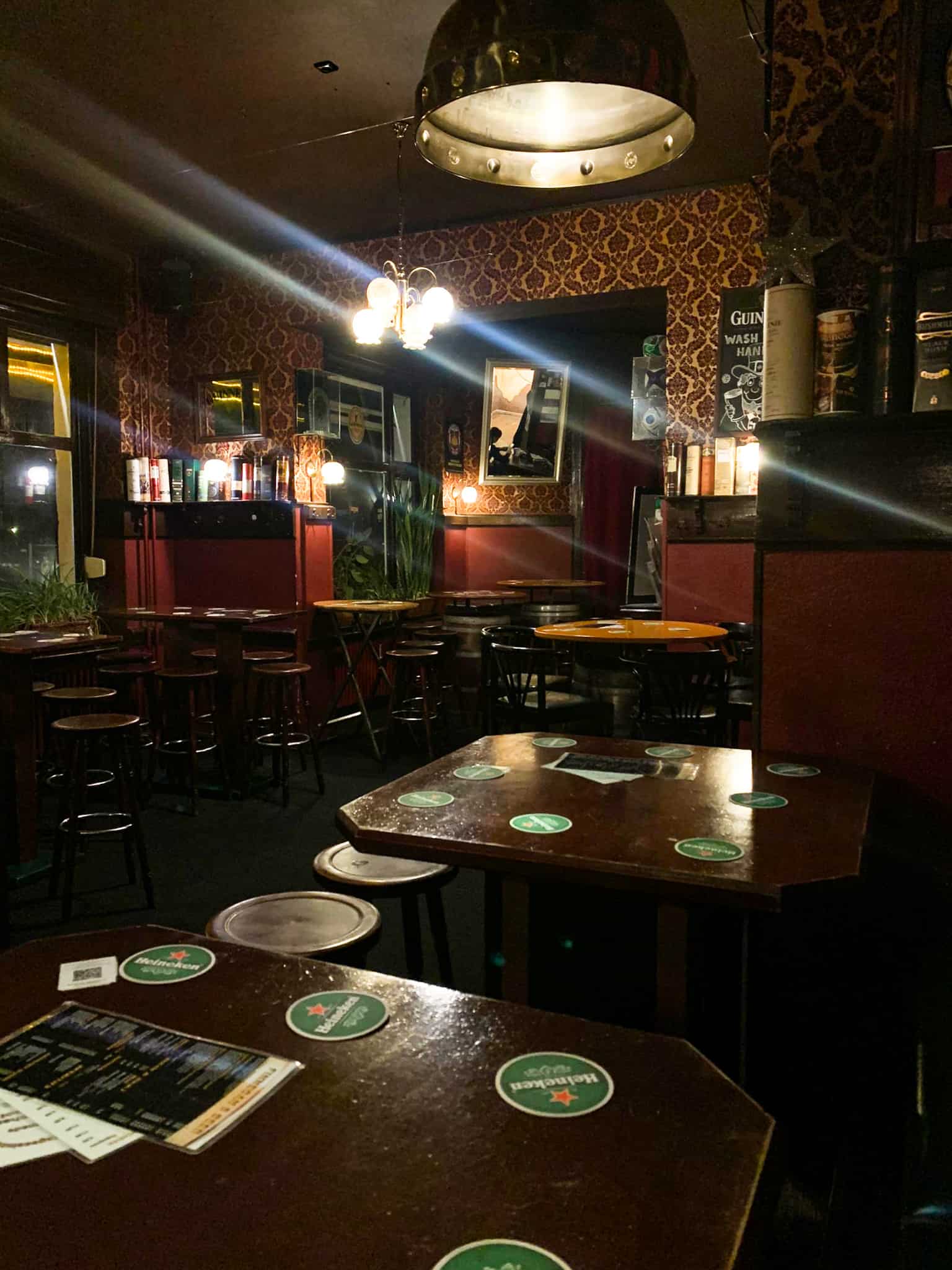 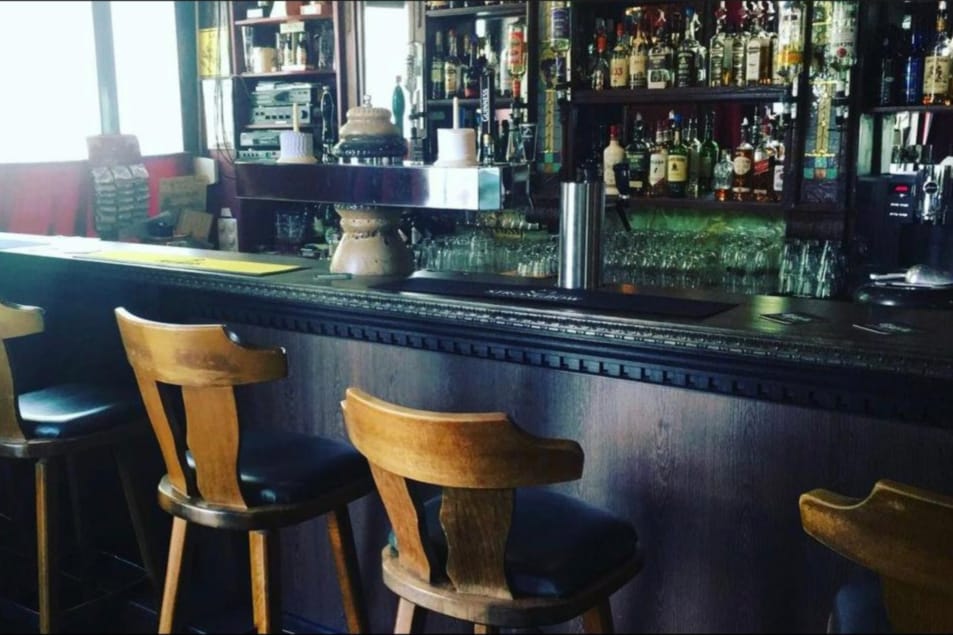 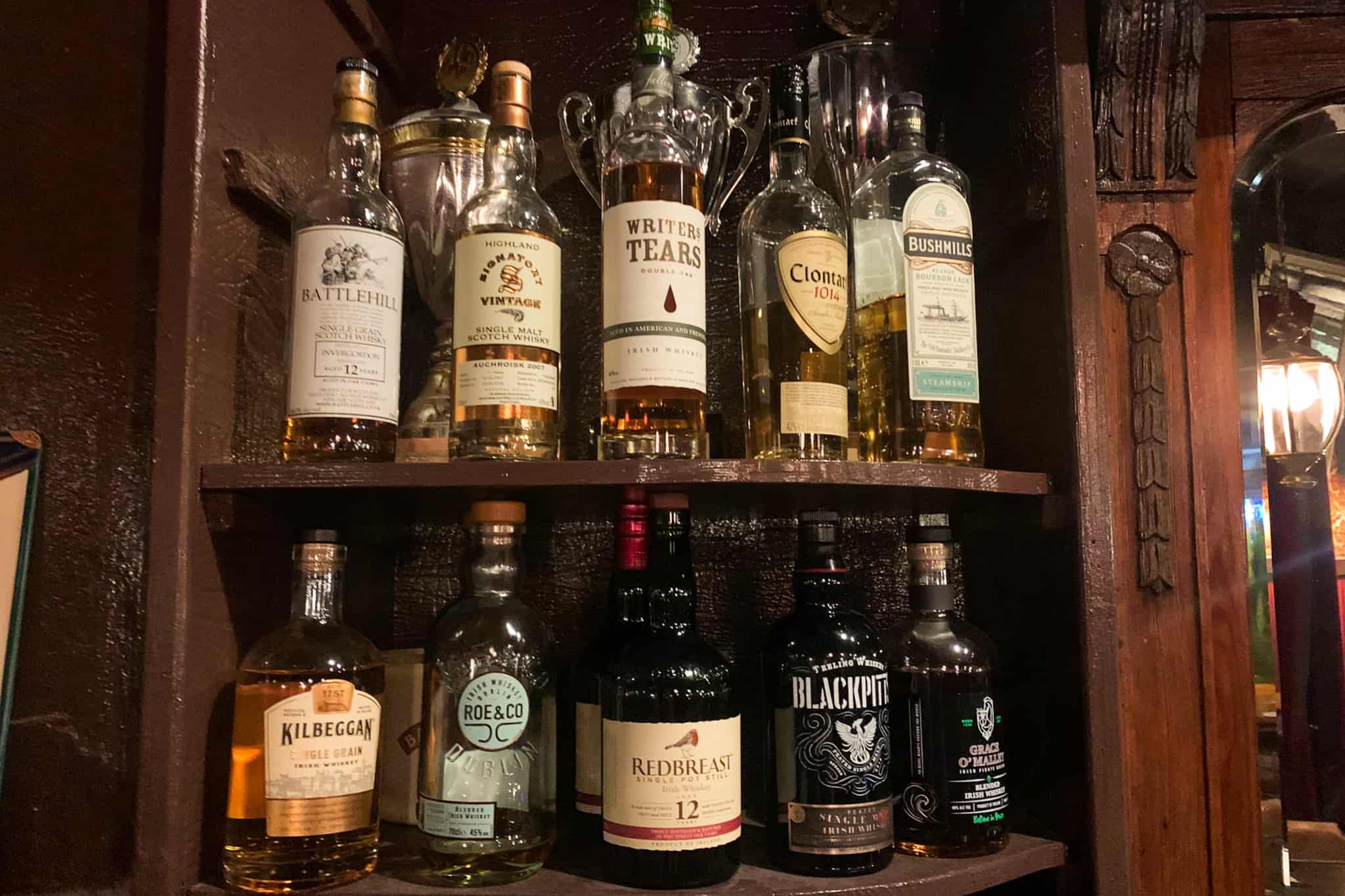 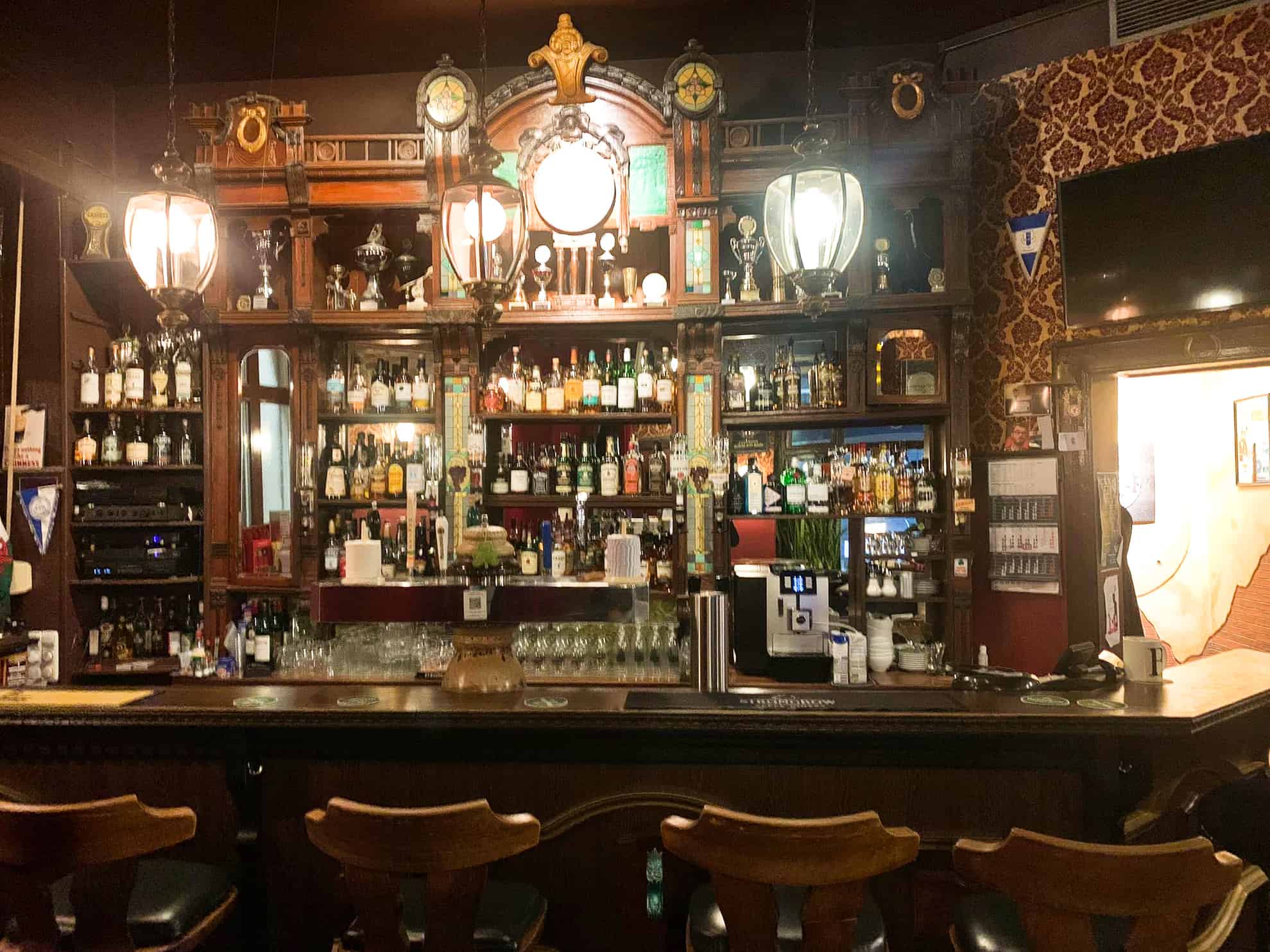 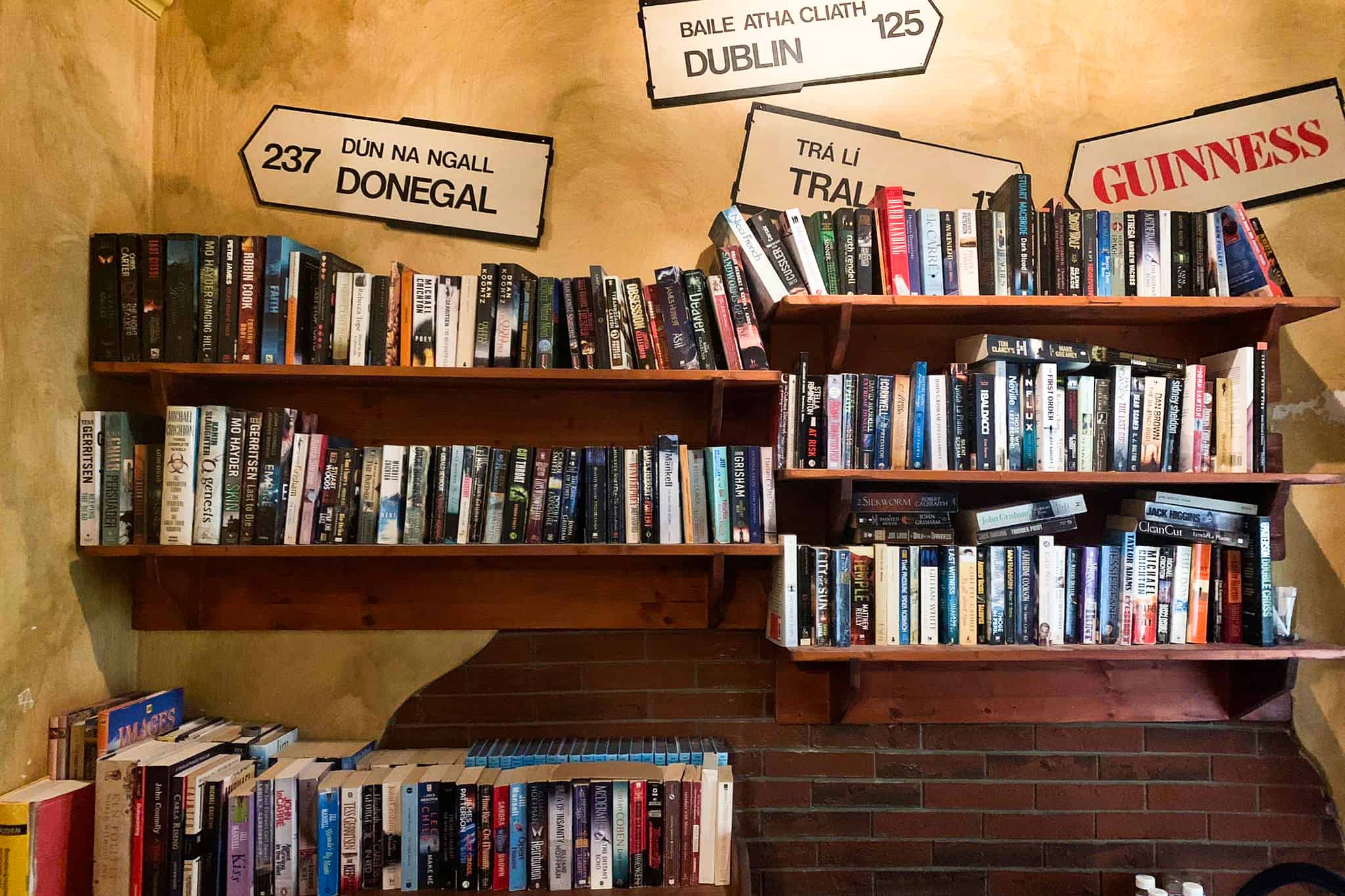 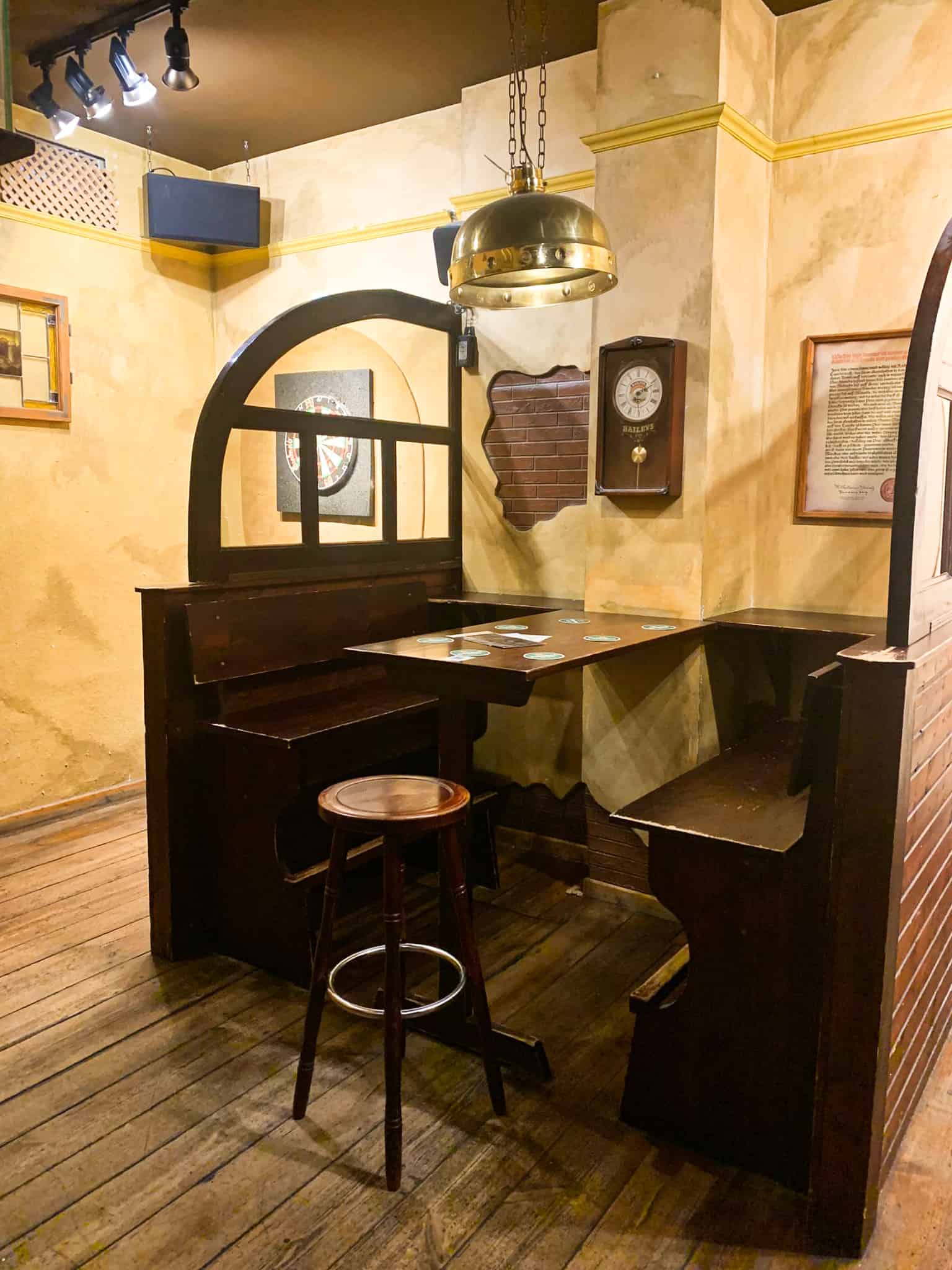 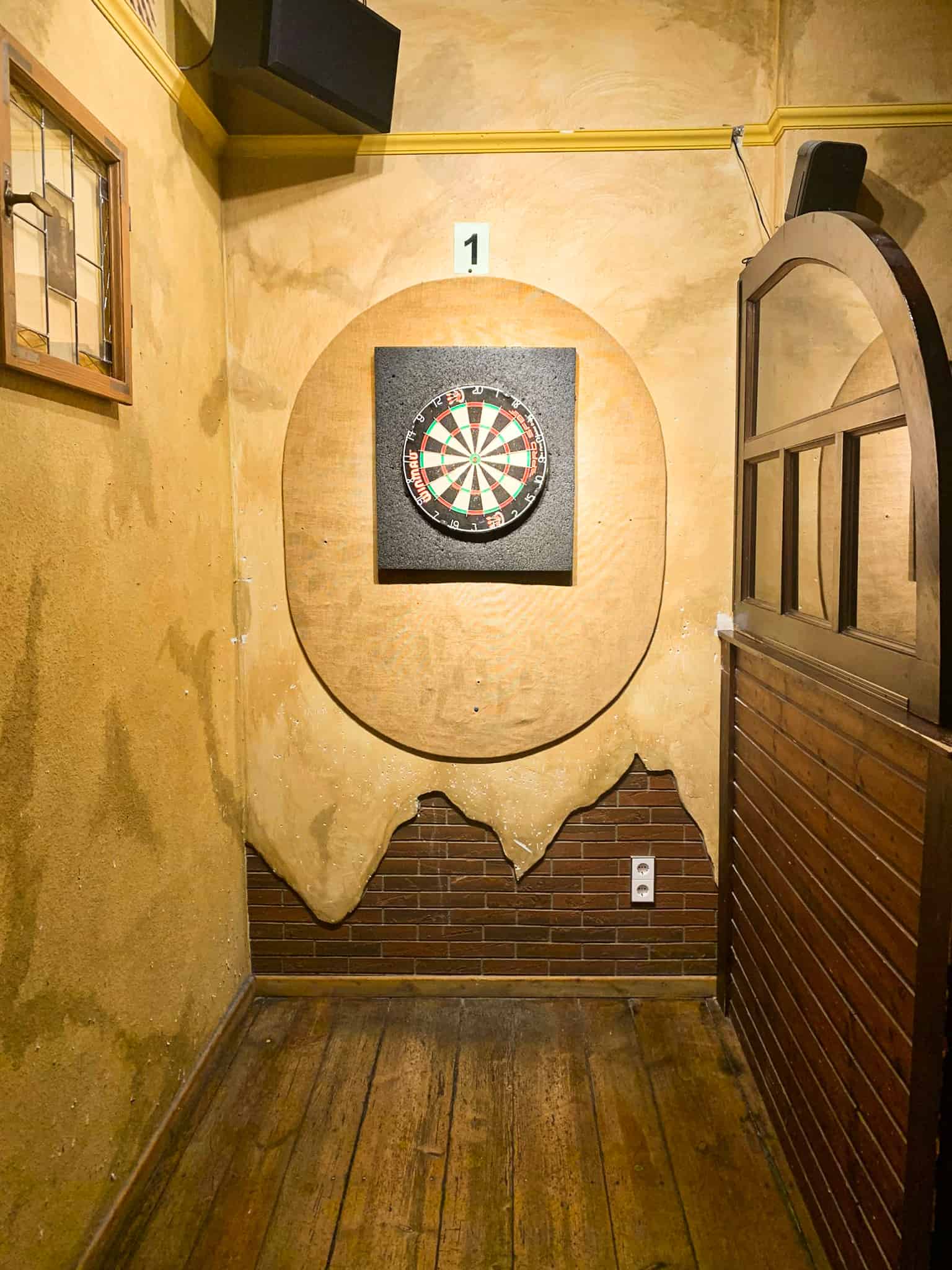 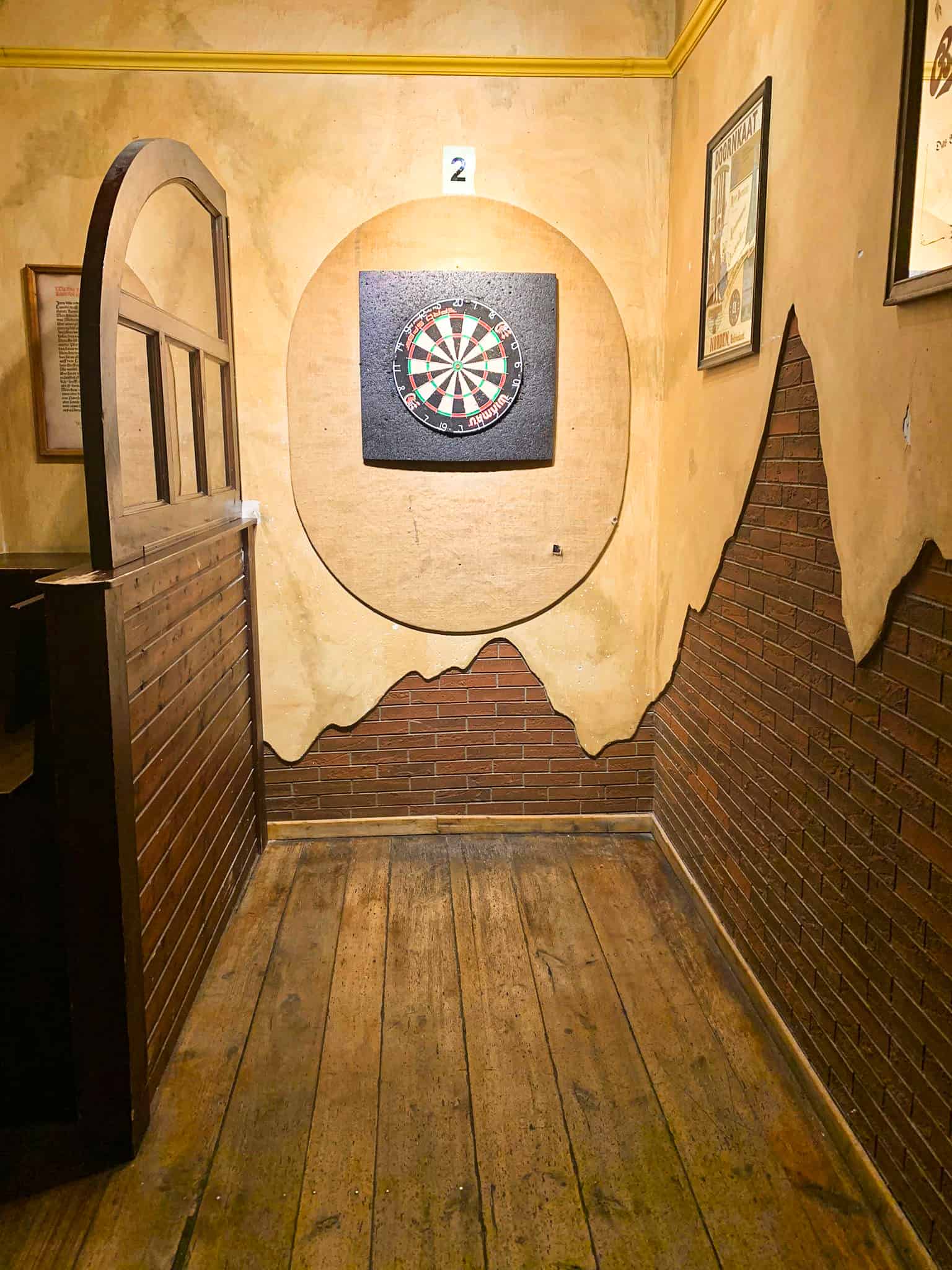 Where does the name "Finnegan's" actually come from?

Tim Finnegan lived in Walkin’ Street
A gentleman, Irish, mighty odd;
He had a brogue both rich and sweet
And to rise in the world he carried a hod.
Now Tim had a sort of the tipplin’ way
With a love of the whiskey he was born
And to help him on with his work each day
He’d a “drop of the cray-thur” every morn.

Chorus:
Whack fol the darn O, dance to your partner
Whirl the floor, your trotters shake;
Wasn’t it the truth I told you
Lots of fun at Finnegan’s wake!

One mornin’ Tim was feelin’ full
His head was heavy which made him shake;
He fell from the ladder and broke his skull
And they carried him home his corpse to wake.
They rolled him up in a nice clean sheet
And laid him out upon the bed,
A gallon of whiskey at his feet
And a barrel of porter at his head.

His friends assembled at the wake
And Mrs. Finnegan called for lunch,
First they brought in tay and cake
Then pipes, tobacco and whiskey punch.
Biddy O’Brien began to bawl
“Such a nice clean corpse, did you ever see?
“O Tim, mavourneen, why did you die?”
Arragh, hold your gob said Paddy McGhee!

Then Maggie O’Connor took up the job
“O Biddy,” says she, “You’re wrong, I’m sure”
Biddy she gave her a belt in the gob
And left her sprawlin’ on the floor.
And then the war did soon engage
‘Twas woman to woman and man to man,
Shillelagh law was all the rage
And a row and a ruction soon began.

Then Mickey Maloney ducked his head
When a noggin of whiskey flew at him,
It missed, and falling on the bed
The liquor scattered over Tim!
The corpse revives! See how he raises!
Timothy rising from the bed,
Says,”Whirl your whiskey around like blazes
Thanum an Dhul! Do you thunk I’m dead?”

How to find us